A repair for a customer, this unit presented with excessive noise.

Here’s a shot of the underside as received. The unit had been modified. New EQ circuits had been put into the phono section but the cathode bypass capacitors had not been replaced! Several preamp stage coupling capacitors had been replaced, but several ceramic disk capacitors remained in bad places like output tube couplings. The noise was cause by failing carbon composition resistors in the preamp section. Also found were “bad practice” mods. The terminals had been broken off of the failed twist-lock capacitor, left floating, and replacements of excessively high values were GLUED in! One power resistor was replaced by four smaller pieces in parallel. 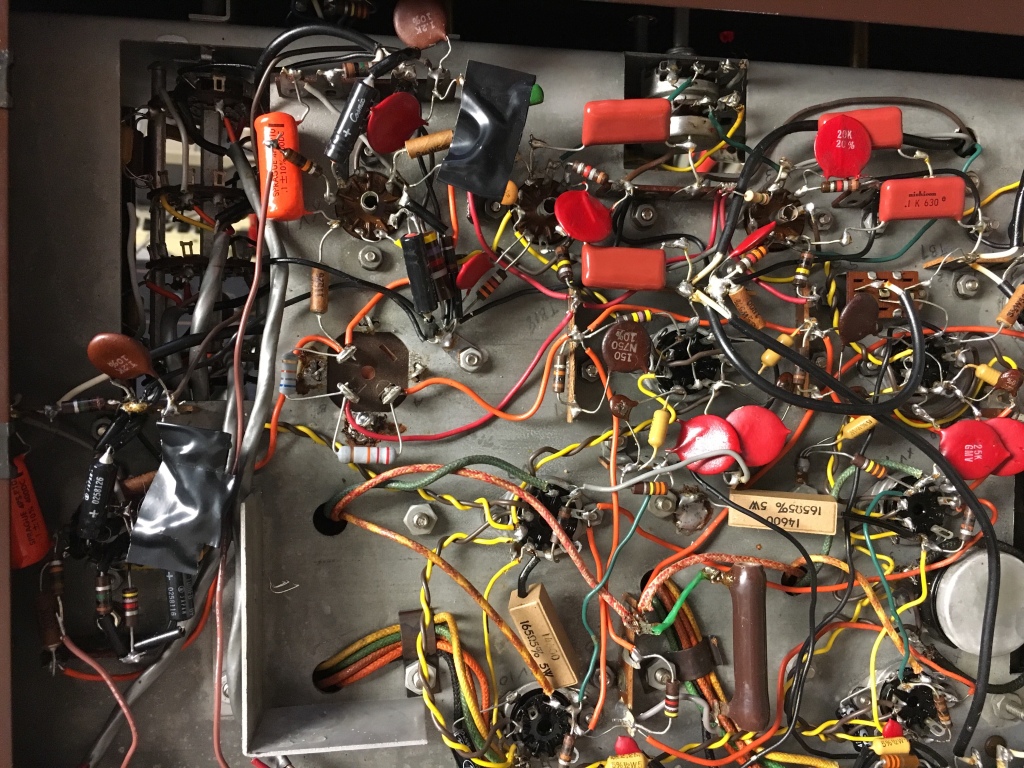 Here Is he final product. The phono stage cathode bypass capacitors have been replaced (far left of photo). I have also replaced the output stage coupling capacitors with polypropylene film. This really made an improvement! The remaining ceramic disk capacitors are in step circuits and compensating networks, whose effects should cancel. They were not changed.